Hello, friends! It's Liam, and I am back to talk about another hair system from LaVivid!  I'm currently wearing it, obviously. This particular one is called Prometheus, and it is a silk hair system with a lace front. It has a silk top base, with half an inch lace front, and one inch of thin polyurethane around the sides and the back. For the silk top, a tri-layer system is used, meaning that when the hair is knotted, the knots are concealed between the layers. The hair is then injected through the silk, making the knots 100% invisible, and giving the illusion that the hair is growing from your own scalp; 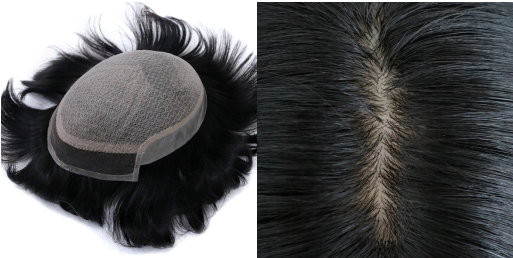 One Drawback of this Silk Base 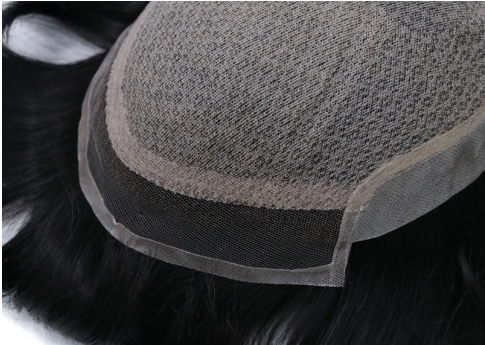 There's a tiny, little section in the front that's lace, and then it like cuts off to where the silk begins, and if you get adhesive in the area where the silk begins,  it is nearly impossible to get the adhesive out of that area, which sucks because now I have gross adhesive buildup and nobody wants that. I'm truly debating on getting, like, a textile cleaning gun, so I can blast the adhesive out of there. So, yeah, I would definitely use caution when applying tape or adhesive, and try to avoid getting it in that area; although, it is pretty difficult to not get it in that area. I mean, that’s true, like, the biggest con to this system.

I have had it for several months. I really, really, really do love it. It is very natural looking and very realistic. It feels great. Unfortunately, I think it only comes in two dark colors of natural black and off black. So, I did have to dye my actual hair to match the system, but I do think that they can do a custom system for you with this base, and use the hair color that you actually want.

I really, really love it, and I think it looks great, and the lace here upfront is not really detectable. I will say, also, if you use a tape adhesive for the hairline, that kind of makes it a little more noticeable, for some reason. I guess, maybe, the dirt and, like, oil and stuff build up a little more easily on the tape, and so, it just doesn't make the hairline a bit noticeable?

Like, if you use a tape adhesive, it's more likely that people are going to notice that the hairline is not your actual hairline, so I would recommend using a liquid adhesive; I use Ghost Bond, and it works very, very well, but in my opinion,  it is a little more difficult to clean the Ghost Bond adhesive than it is to clean, uh, the tape,  which is why I was using the tape adhesive, to begin with because it's just a little easier,  but you know, of course, I noticed that it made the hairline a little more noticeable, and I didn't want that. I mean, I don't often wear my hair pushed back anyways, like, the only time I  wear it pushed back is if I'm wearing a headband, and then if I'm worried about the hairline,  I could just pull the headband up to cover that, so, but usually, I wear it, like, kind of down in my face, so I don't have to worry about the hairline quite as much. But I would suggest if you're someone who likes to wear your hair pushed back, that you do use a liquid adhesive instead of a tape, but of course, you can try both to see which works best for you.

For where the polyurethane is, you can still use the tape adhesive, which makes cleanup a lot easier, for me, at least. It may be different for you. It's not particularly breathable where the polyurethane area is, but I mean, that's okay, because it's just on the sides and on the back, and then up top--you still have the breathable silk layer. I really have been enjoying it for the summer months, because it's, obviously, very, very hot here in Texas, so this makes it to where my scalp gets, you know, a little bit of air, as opposed to the one that I reviewed prior, which was the thin skin system.

This particular system comes in three different stock sizes, so you can get 6x8, 7x9, or 8x10. With these, you can't really, like, trim down what you need, apart from the hairline. That's really the only area that you can trim, so I would recommend measuring your head, just to make sure you're going to get the right size.  8x10, I'm assume, would be much too big for most people. Right now, I am wearing the 7x9, and even that is a little bit too big for me on the sides here, but it's whatever, I don't really care. But, again, you can get custom systems where they will, like, where you can measure your head, exactly, and you can send them the precise measurements of your head, so it will fit you perfectly.

It says "replacement period between eight to twelve months", but it has held up very, very well, um, over the months, and my washing and styling and all of that stuff. Honestly, I would say, the only thing that is, like, taking the hair out is when I'm trying to clean all the adhesive off, then,  like, when I'm pulling it off of my head, um, 9 times out of 10, some hair is going to come out the other side, just because it gets stuck to the adhesive, and so, that pulls some hair out,  which is a bummer, but there's still plenty of hair left in here, so it's not a big deal.

I think that if you are struggling with hair loss, and thinking about a system, if you have the funds, I would,  for sure, like, try it out, because, I mean, you never know how you're going to feel about it,  or how it's going to work for you unless you try. It's really great to have all these different types of options, and not have to worry about side effects from different medications that can help with hair growth; although, I do still use Rogaine around these areas, because it's, like, thinning there, and I still have a lot of hair loss, unfortunately, in areas that you're not supposed to lose hair from male pattern baldness, but I am, anyway. Of course, all of the surgeries for hair replacement are incredibly expensive. Much more expensive than hair systems.