Do people feel embarrassing when wearing a hair system?

How to install Hair Systems

How to Install a Hair System

What Does He Say after Trying out LaVivid Louis C-through Bio Skin Hair System?

Does Sam Elliott Wear a Toupee?

'Sam Elliott' is a name almost all of us would recognize, and those who don't would do so by listening to some of his famed dialogues in his bold and heavy voice. The actor famous for his roles in Mission Impossible, Gun Smoke, and Murder in Texas, apart from his roles in movies, Elliott is also known for his amazing voiceovers in projects such as Ben the cow and Marmaduke.

Elliott's silky long hair gives him a unique cowboy look that, alongside his voice, makes him the best choice for certain types of roles. With Elliott’s hair being unbelievably long and smooth, a lot of people say that they are fake and that he uses toupee hair and hair extensions to look that way.

A big reason that adds to the suspicion of Sam Elliott having fake hair is the fact that he has changed around dozens of hairstyles throughout his long career. Starting off with Mission Impossible in the 1970s, Elliott had a set of nicely cut light brown hair that gave him a really clean agent-like look. After around 8 years, Elliott played the role of Pete Danner in 'the legacy,' this time, he had similar light brown hair; however, they were much longer than they were in Mission Impossible and reached down his neck. Next came Mask, in 1985, where Elliott's hair had a completely different color, and now his hair was black but had little stands of white, thus giving him a newer look.

After around 4 years of Mask, released the Roadhouse. It was in the Roadhouse that we first saw Elliott having his iconic white hair. While they were not as long back then, they indeed were amazing. This first phase of the long white hair, however, ended since Elliott, after this did films such as Tombstone, Gettysburg, and Hulk all of featured him with different styles of short hair.

Fast forward to 2007, Elliott was back with the iconic white hair in the Ghost Rider. This time, his hair was even longer than before and reached down to his shoulders, thus giving him an amazing cowboy look. Elliott, after this, once again is featured in movies with small hair.

Elliott has probably changed his hair more times than any other actor in the industry. With this diversity in hairstyle change, it is understandable for people to think that Sam Elliott uses toupee hair. But does he really do wear a toupee? Well, let’s find out. 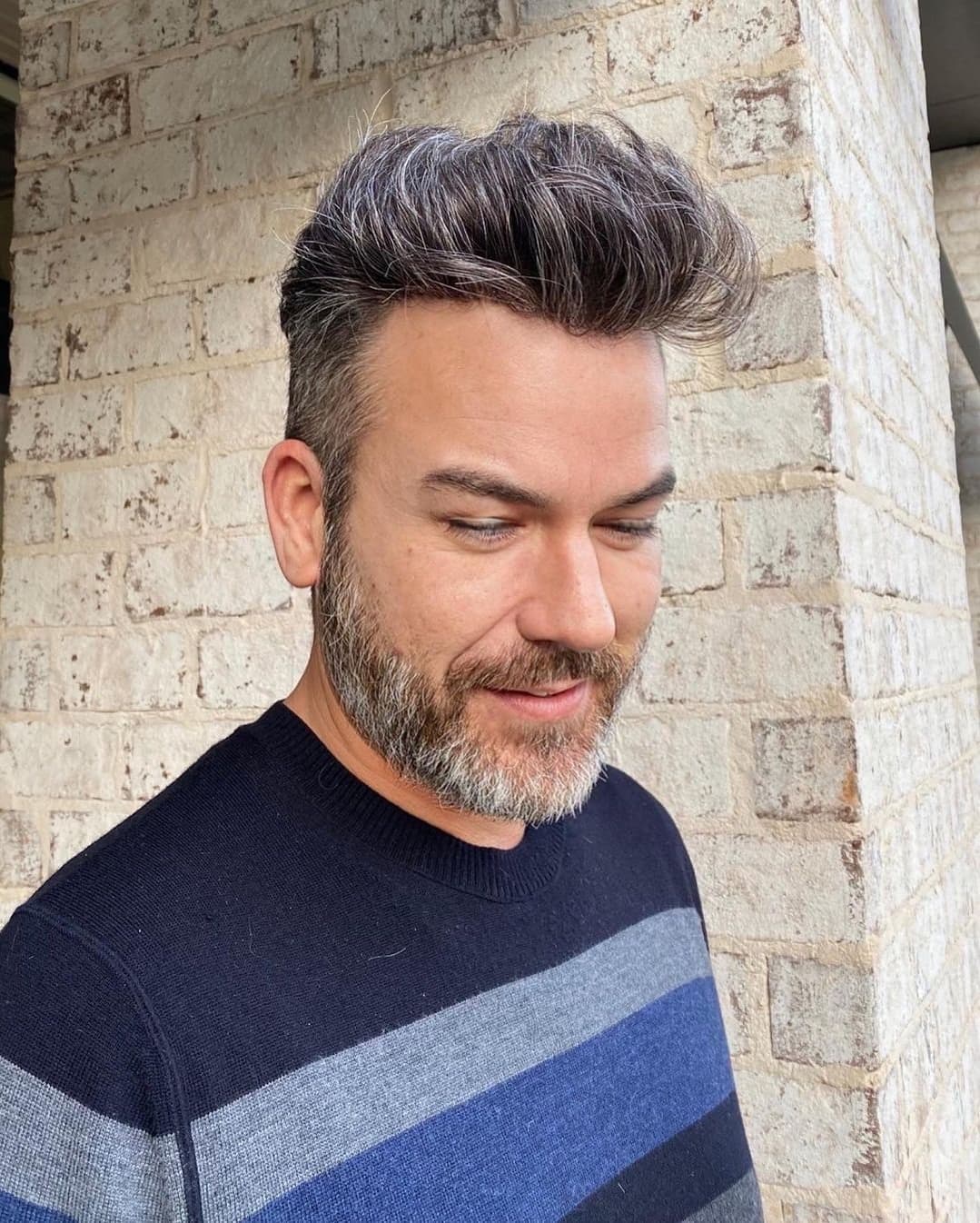 So Does Sam Elliott really wear a Toupee?

Sam Elliott knows about the rumors surrounding his hair and addressed it in an interview. Sam, in the interview, was asked about his long hair and constant hairstyle change. To answer the question, Sam said that there is a special reason behind him keeping his hair long.

The special reason he mentioned was the fact that keeping his hair long allowed him to have his hair ready for any role; thus, if it's a role that requires long hair, he already has them, but if it requires short hair, he easily gets rid of the long hair.

Elliott, in his interview, denied all rumors regarding him wearing a toupee or a wig and said that he would rather wear his own long white hair than wearing a wig or toupee hair.

This statement further proved that Sam Elliott does not wear any kind of toupee hair; instead, his own natural hair is so good that they allow him to keep them so long while also styling them in different ways.

How Actors Who Don’t Have Naturally Long Hair Use Toupee:

The fact that you have heard rumors about Sam Elliott wearing a toupee is because there are many actors out there that actually wear toupee hair, not only in their roles but also in normal life. With toupee hair being so realistic, it can sometimes get almost impossible to differentiate between natural hair and toupee hair, thus explaining your confusion of thinking that Sam Elliott wears a toupee.

Sam Elliot is one of the most experienced and fine actors in the Hollywood industry. He has been nominated for the highest film awards and is undoubtedly making a legacy for young actors to follow. The fact that Sam Elliott wears no toupee hair and cuts down/grows hair to change his appearance for a good script explains his dedication to the craft, thus making him a big inspiration for all of us. We hope you enjoyed reading this and got the correct answer to your question.