What Are the Benefits of Men's Full Lace Wigs?

Today I'm getting a brand new hair system and I'm pretty excited about it. I've been wearing this old hair system for about three and a half maybe four months now and the color has started to fade and we're gonna get a new one installed with a brand new cut. I'm gonna go with something a little bit longer which I've been wanting to do for a while. Now my sides have sufficiently grown out and I think it's going to look amazing.

I have this hair system from LaVivid Hair. LaVivid Hair is a distributor of hair systems and they do a great job all the way from customer service at the get-go making sure that your emails are answered and your questions are answered to actually ordering and getting a quality product that is reliable. So I'm really excited to be partnering with them.

The hair system I’m going to be installing is LaVivid’s Crius model in color #7. It’s got a poly border as well as a french lace interior. I am going be cutting the base myself and installing it myself and I'm going to go see a hairstylist today who's actually not hair system trained but that's okay I've decided that I want to give her a try and see how she does. 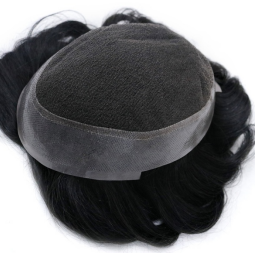 Alright guys so this is the LaVivid Crius system that I just got installed. I kind of love it. This is a longer look than what I had previously and I haven't washed my hair yet this is actually the day after I got it installed now. So obviously it's a bit poofy that's natural that happens with every stock system. Once you install it gets cut and stuff it has that poof from being curled up when you first get it so I think it's gonna turn out really nice. I already like it. 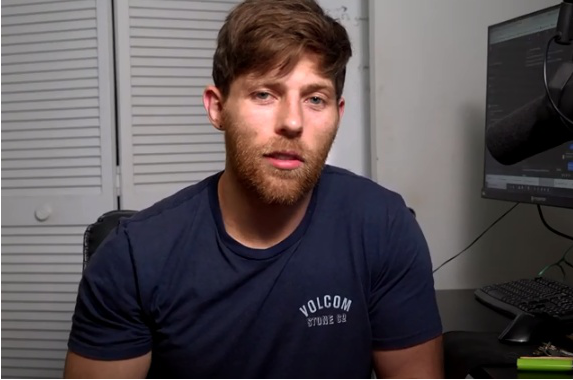 Let's actually talk about the Crius system itself. So far I'm in love with the product. I think it's high quality. The polyurethane feels like a really great product like it's going to have a lot of longevity. The lace felt great as far as I could tell. Everything about the system was up to standard and I had really no problem cutting the system down installing it. So one thing did happen however that was interesting and I think this is actually an error on my part and that was the fact that when I tried to install the system I put tape all around it as I usually do and the tape wasn't really sticking to the bottom of the polyurethane. So I took all of it off and the reason I think that uh the reason that I think that it didn't stick is that there might be a film as it's produced on it which is my fault I should have washed it with dish soap before just to make sure that the polyurethane surface was completely clean of any film before I even started and that's a good practice no matter hat you're doing we want to make sure that there is nothing contaminating the bond between the hair system and the tape and the tape and your scalp protector or just your scalp. We want to have it as pure as can be to make sure everything is good to go.

I’m really enjoying having the longer hair, it makes me look so good. My plans over the next couple of months are to continually lengthen my hair systems because I want to have a longer hairstyle and this is a great way for you as well to kind of ease into having a longer style.